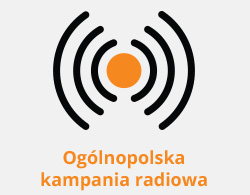 Four-week long autumn radio advertising campaign promoting DK-PROF has been launched over RMF FM nationwide radio station. The campaign will include few hundred Sports Facts audition sponsor spots to be aired from 06.10.2014 until 02.11.2014 (except for 01.11.2014).

The RMF FM radio station listeners have chance to listen to this 8-seconds-long sponsor spot, which mentions not only the company’s name and indicates its products, but also includes information on DK-PROF’s win at Polish nationwide competition for the best doors and windows designs “Joinery Diamonds 2014″.